The earth is defiled by its people; they have disobeyed the laws; violated the statutes and broken the everlasting covenant.

Therefore a curse consumes the earth; its people must bear their guilt.'

This is a short piece about THE TERROR, the peace from THE TERROR that a walk can bring, and the looming worry that we don't have many of them left to console us.

I wrote this in a day using the Narrat game engine, as part of the Narrat Game Jam themed around 'Finite Resourses'. I hope you enjoy it, even though it's a bit sad.

If you want to check out the photos featured in the game in full colour, I have included a zip file below. They're well worth the look, Wales is very beautiful : )

Not sure if I’m missing something, but the game seems to hang for me? It gets through the loading screen, I click “press to start”, and then it’s stuck on a black screen saying “ISAIAH 24:4-6” with no way that I’ve been able to find to progress.

What are you playing on?

I’m playing on Firefox 105.0.1, with various extensions like ublock origin, privacy badger, and cookie autodelete. I’ve tried turning those off (both one at a time and all together), and also cleared the browser cache, and still get the same result. I’ve also tried on Chromium, with and without similar extensions and an empty cache, to the same effect.

That's strange :( I'm also on firefox with similar plugins but don't have any issues. I'm sorry the game doesn't work!

Ah, I have found the culprit! I had firefox set to block all third-party cookies; relaxing that to cross-site tracking cookies makes the game playable. Sorry to bother, but thank you for taking the time to respond! <3

Muse quite a bit from something I saw in an old book.  Said humanity emulates the dreaded old ones of cosmic horror, and it's just kinda makes sense, in a way.

You can wipe out a city with a dark ritual, or simply make it unlivable with human folly.  Ruining the water supply, make the place financially insolvent, or ignore a pesticide gas leak until it's too late.  Why summon otherworldly ruin when blind greed can do the same?

Even saw a bit talking about "survival bunkers" rich folks wanted to have, to escape the terror of the collapse of civilization. And they argued over one thing for an hour.  "How do we keep our workers in the bunker from turning against us?" was more important to them than "can food be grown in the bunker?".  That's a madness you'd expect from those inhuman, unknowable, or very stupid.  Very rich and very stupid.

In time, I became numb it it, the same horrible story of cynicism and nihilism.  The old ones are jerks, and trying to emulate them is making other people jerks.

But, hey, at least we know the old ones will be much more miserable in the end?  You'd never see them enjoy a view, a nice sandwich, or a keen story.  They wouldn't be able to enjoy a smile, not unless it made them look good or cooler than the other guy.

In a way, regardless of the end, I can take heart the wannabe old ones will be hurt more when they feel The Terror themselves.  After all, they assumed they would never feel it.

Y'know, in some ways, I really wish I didn't connect this. It must be nice in its own way to not feel The Terror. But I can't drive it away forever, really. It's just not who I am. Just like it's not who I am to do anything Big that would Affect Things. (Even if I could, I'm self aware enough to know I'd fuck it all up along the way.)

It's too humid here in the summers for real walks. Some people can stand it, but not me. Summer is a time of retreating as much as possible into climate controlled buildings and depression in the long sunlight, relishing the moments of stormy relief.

But... if I let The Terror overtake me, then I'm not even alive now. Not really. So I just have to have hope and support the people I care about, and when The Terror creeps up I try to let them support me.

Thank you for sharing. It's a downer, but it connects. And the photos of Wales are lovely.

Relatable. You're not alone in feeling this sorta way either.

When it affects me worst... I try to remind myself that the situations that generate and prop up THE TERROR are fundamentally unsustainable. Overhunting predators that deplete their food, die out, and make room for new life/ways of being as they do.

Even if it seemed unstoppable at one time... by it's nature, it'll inevitably crumble in on itself. And as more of the apparatus breaks, we'll have more opportunity to join together to meaningfully help unbuild it, too.

For now, I think we can keep going for walks. Making art to connect with others. Finding resilience in ourselves, and with our communities, to carry on. Weather the collapse or the unbuilding process, whatever form it takes. And when the time comes, work to make something better together.

At least, that's a way I comfort myself! Maybe it can bring some comfort to you, too. 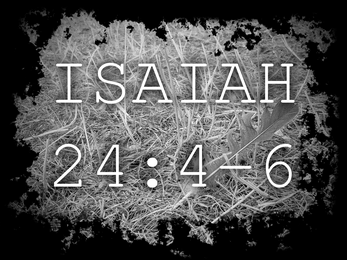